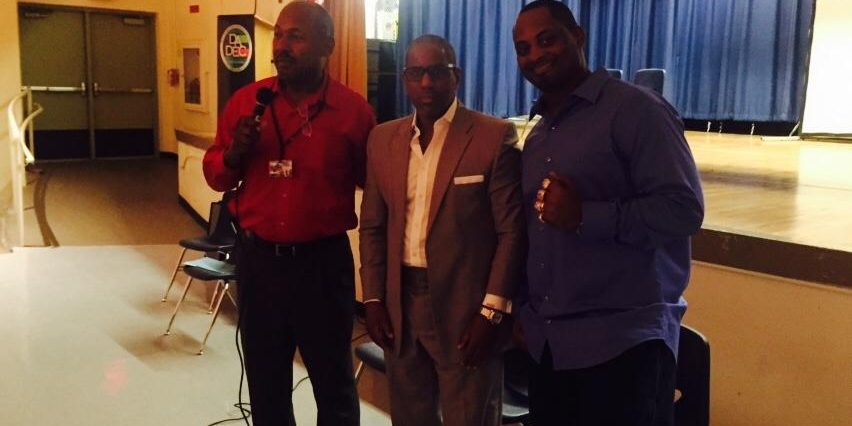 Monday Morning Matters: Dr. Steve Gallon’s Work with Urban Youth Continues Dr. Steve Gallon III supported the efforts of Mr. Calvin Jackson, Principal Angela Dupree, and the leadership of D. A. Dorsey Educational Center, and joined forces with former UM standout and 12-year NFL veteran Darren Smith and several other men in sowing into over 100 male students. Also present were members of the School Board Police who discussed effective ways to interact with law enforcement. Cedric A. McMinn representing the office of District 2 School Board Member Dorothy Bendross Mindingall was also in attendance and contributed to the discussions. Dr. Steve Gallon III spoke with the male student audience about the importance of education, preparation, hard work and faith. He also shared information about his personal upbringings and life decision making, as well as the importance of appearance, associations, and the power of the vote. Kudos to Coach Jackson for keeping the efforts and conversation going with our young men about pathways and approaches to a more promising future and to Dr. Steve Gallon III for continuing his work where it’s needed most.