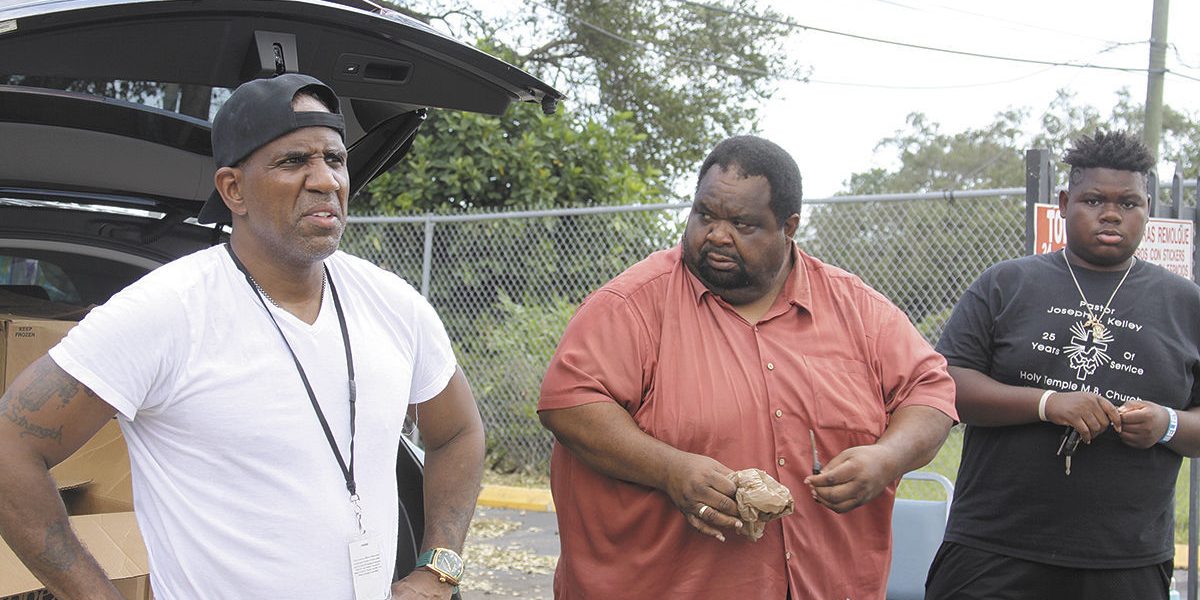 Miami-Dade County Public Schools is looking to have a stocked pantry to have food ready for low-income children in the event a hurricane shuts disrupts the area.

That’s the plan offered in a policy item that likely will be approved at Wednesday’s school board meeting. The proposal by District One Board Member Steve Gallon III would require school officials to distribute food to students in the event of a state or district-mandated school closure. He also wants other community organizations to be part of that effort.

The proposal comes on the heels of Hurricane Irma, the aftermath of which had school board members and administrators scurrying to prepare meals for thousands of low-income children who were at risk of not having hot food because of unexpected school closures.

“As the largest entity in providing meals to children, its adherent that we collaborate and leverage those organizations, as well as large corporations that want to step in the gap … to provide food and water,” Gallon said.

Gov. Rick Scott ordered all public schools and universities across Florida to close as Hurricane Irma approached as a Category Four storm. South Florida schools shut down on Sept. 7 and did not reopen until Sept. 18 — 11 days later.

In the interim, the estimated 400,000 students who rely on free or reduced meals at schools, were at risk of not eating. The district did not have a mechanism in place to provide food, and Miami-Dade County did not prepare for feeding large numbers of people after Irma.

Gallon said that district and school food service staff would give input in shaping the plan.

All school board members have signed on as co-sponsors of the proposal. Gallon said he was humbled by their support.

“I am honored and extremely proud of my colleagues who have again shown their commitment to the needs of all children,” Gallon said, “especially those living in poverty through the unanimous co-sponsorship of this very important item.”

He said potential partners would include charitable organizations that can easily mobilize such as the American Red Cross, and also community groups that hit the ground to feed thousands of people after Hurricane Irma.

“It is only through pragmatic policy positions and powerful partnerships across the community will children living in poverty quell the thunderous sound of hunger coming from their bellies — after the storm and in the midst of mandatory emergency school closures,” he said.

Some county officials and residents expressed frustration at the county’s pace of responding after the hurricane. Commissioner Audrey Edmonson said resources that should have been staged were never ordered, which caused the delay in getting food and ice into neighborhoods.

Commissioner Xavier Suarez said the county should have had quicker response especially went getting first responders to people in need.

Any array of community groups and organizers last month met to discuss starting a network of “emergency action centers” that would activate before a storm to check on residents in vulnerable neighborhoods, and provide food and supplies to them afterward.

Former state Sen. Dwight Bullard said the need for the plan is in response to the county’s lack of preparedness to reach people aft er Irma. He said Miami-Dade County in particular “failed miserable” in getting help to the public and was particularly critical of Mayor Carlos Gimenez.

Miami-Dade school officials closed some of the gaps. Administrators opened up additional school sites throughout the county on Sept. 14 and 15 to feed low-income families. Some school board members went into their districts and delivered meals or hosted meals at churches and in parking lots.

Gallon went to housing projects and low-income apartment complexes in Opa-locka to bring sandwiches, fruit, juices and water to children, women and men.

“The thinking was you go where the need is. We took it to the people,” Gallon said. This was a poverty issue. Unless you’re on the ground, it’s difficult for people to understand that.”