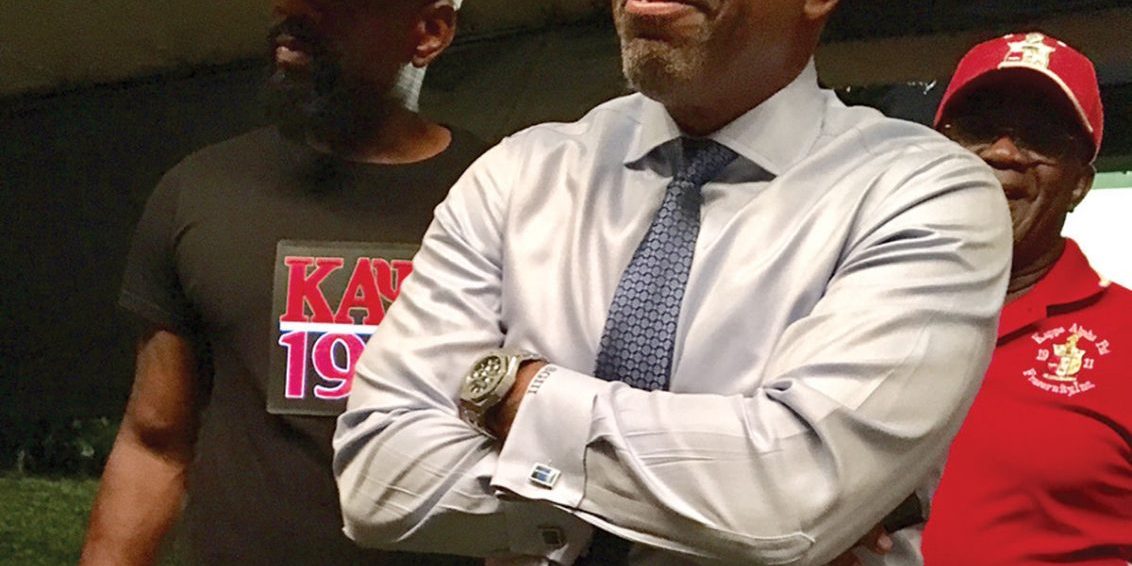 Banquet closes out the anniversary festivities of chapter’s frat house

Rolle was also saluted for his 50 years of membership and service to the fraternity. He originally became a member at Florida A&M University.

Community service is the benchmark for fraternities and sororities.

“We pride ourselves in being involved in community service, and make sure we always contribute in some way,” said Chris Frazier, the Polemarch of the Miami Alumni Chapter. Through the years, the Miami chapter has been recognized by the fraternity for its accomplishments. In 2013-2014 it received the Chapter of the Year Award for medium-size chapters, and again in 2015-2016; Community Service Chapter of the Year in 2014-2015, and 2015-2016; and the Alumni Website for the Year in 2014-2015.

“The future looks strong for Miami [Alumni Chapter],” said Frazier, “Given that we just celebrated 70 years. We are seeing more membership involvement and as we finish the completion of the remodeling of our house, the chapter will really expand and provide more service for the community.”

The anniversary festivities will end with a banquet celebration on Sunday, Dec. 11, 4-7 p.m., at Shula’s Hotel and Golf Club, 6842 Main St., in Miami Lakes.