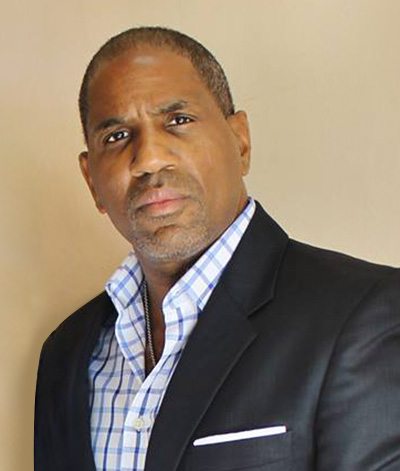 Dr. Steve Gallon III is a lifelong educator who started his career as a classroom teacher. He has taught at the elementary, middle, and senior high school levels. After graduating from high school, Dr. Gallon entered into Florida A & M University majoring in English Education and began his pursuit of his life-long passion—educating children. In addition, Dr. Gallon taught as an adjunct professor in the area of Educational Leadership at Florida International University and Florida Atlantic University, where he received outstanding reviews from his graduate school level aspiring administrators – many who clamored to get a seat in his courses due to his practical, highly engaging, and inspirational instructional strategies.

Dr. Steve Gallon III rose through the ranks as a professional educator and over the next 25 years, distinguished himself in the field of education, specifically in the area of supporting improved teaching, learning, and leadership in urban educational settings.

Dr. Steve Gallon III became an assistant principal and was later appointed principal of Holmes Elementary. In his third year, after marked improvements in student outcomes and community involvement, the school was removed from the State of Florida’s List of Critically Low School. He then became principal of Miami Northwestern Senior High School, where he would serve for seven years – earning the third longest tenure in the school’s 60-year history.
Under his leadership, student attendance, student performance, and graduation rates increased, as well as the provision of programs in honors, advanced placement, and the arts for the over 3,300 students in the comprehensive urban high school housed in a state-of-the-art facility. Upon his departure as principal, Miami Northwestern showed tremendous growth and improvement, met AYP requirements, and was not subject to any student performance monitoring or accountability structures of the district or state. Over a decade later, the proficiency levels in reading and math exceed those of similar schools today.

In 2005, Dr. Gallon was promoted to the position of Administrative Director in School Operations/Alternative Education in which he was charged with supporting the Office of School Operations and overseeing schools and programs for at-risk students and struggling learners.
Under his leadership, there were marked improvements in student performance, attendance, suspension reductions, and student and staff satisfaction. Dr. Gallon was charged with redesigning schools and programs serving struggling learners. He brought innovation to the district through expanded curriculum offerings, single gender education, career themed academies, and technology-based interventions. He also established new program models for elementary school students and grade configurations. Data from his impact at the district level and in working with the most academically and behaviorally challenged students in chronically failing targeted schools serving at-risk and struggling learners improved significantly. The Alternative Education Redesign initiative, Highways to Success, received positive reviews while presented at state and national conferences and showed measurable improvements in educational outcomes for students and the efficient use of district resources.
In 2008, Dr. Gallon became the first Black administrator to come through the ranks of the Miami-Dade County Public Schools and rise to the level of Superintendent when he was selected unanimously via a nationwide search to be the new Superintendent of Schools in New Jersey.
After developing a comprehensive, 4-year Strategic Plan, Dr. Gallon’s turnaround leadership as Superintendent led to significant and innovative educational reforms. He developed K-8 Centers, Academy for the Arts & Advanced Studies, and the Academy for Academic & Civic Development. He also established and implemented new plans for Administrator’s Performance Planning and Evaluation, School Budget Allocation, Leadership Development Programs, Instructional Program Reviews, and District Marketing, which included a revised website, Town Hall Meetings, district blog, and weekly radio educational show. More important, student learning and achievement improved across district schools.
Also, under Dr. Gallon’s leadership and through his strategic efforts, his district realized double-digit gains on all five of the indicators of State’s School and District Accountability System known as QSAC – with the area of Curriculum and Instruction increasing from 8% to 68% within 24 months of his tenure.

Presently, Dr. Gallon is the President and Chief Executive Officer of Tri-Star Leadership, Inc., an educational management and consulting firm working with several districts, schools, and organizations in developing and implementing educational and school turnaround strategies, as well as community-based solutions.

Most recently, Dr. Gallon’s leadership resulted in three underperforming schools improving their school’s performance on FCAT. Two schools improved their letter grade from an F based on the state’s accountability system – one improving from an F to a B. Both schools sustained their performance the subsequent year. Yet, another school outside of Florida with whom Dr. Gallon realized double-digit gains in English Language Arts, mathematics, and science on their 2015 state-wide assessments.
As the head educational leadership consultant for Tri-Star Leadership, Dr. Gallon has successfully turned around underperforming schools and supported those efforts in school districts. He has worked with school districts in states ranging from Florida, Georgia, Illinois, and Tennessee, to Wisconsin, Illinois, and the Virgin Islands of St. Croix.
Dr. Steve Gallon III also serves as a Board Member appointed by the Miami-Dade County Board of Commissioners for the Miami-Dade Economic Advisory Trust. As a member of the Board, he is charged with providing policy and implementation oversight that ensures the equitable participation of Blacks in Miami-Dade County’s economic growth through advocacy and monitoring of economic conditions and economic development initiatives in Miami-Dade County.

Dr. Gallon also serves as a Board member of the Miami Children’s Initiative (MCI) which was established and funded by the Florida Legislature in 2008. The sole mission of MCI is to address the needs of the community by investing in children and by providing a unified system of support, education and care that begins before birth through college and career.
Recently, Dr. Gallon, in partnership with the OLCDC also played a critical lead role in bringing over $1.9M in funding to support children and families in the Opa-Locka, Miami Gardens, and North Miami areas. These programs serve children and families in schools that include Carol City Senior, Central Senior, North Dade Middle, Carrie Meek/Westview, Golden Glades Elementary, Nathan B. Young Elementary, and Dr. Robert B. Ingram. These programs support the improvement of student academics, attendance, behavior, as well as provide for after-school enrichment programs supporting STEM.

A member of Kappa Alpha Psi Fraternity, Inc., Dr. Gallon has received numerous awards for his outstanding professional and community service. He was recognized as Region III’s “Rookie Principal of the Year”, Elementary School “Principal of the Year”, and “Educator of the Year” by Zeta Phi Beta Sorority, Inc. Dr. Gallon was also the recipient of the NAACP Mary McCloud Bethune Educator’s Award. The College Board also recognized Dr. Gallon as one of eight Americans featured nationally in their publication entitled “Heroes of a Different Kind” for leadership and service in education.
In 2003, Dr. Gallon released his first book entitled The Principalship: Tribulation and Triumphs which was featured in the national educational publication Education Week, as one of three new titles for principals. His second book, When Morning Comes: Moments of Struggle, Strength, and Salvation provided the second installment in his urban education trilogy, which marks a work of personal and professional revelation. It was released in the fall of 2006. In August, 2010, Dr. Gallon released his third book, Education with Love and Without Compromise. Having been featured in numerous media venues, and because of his spirit of enthusiasm, intellect, and dynamism, Dr. Gallon remains one of the most respected educational speakers and consultants in the country.
More important, he is one of the most highly regarded advocates for children and families in his native community of Miami-Dade County.

The Principalship: Tribulations and Triumphs